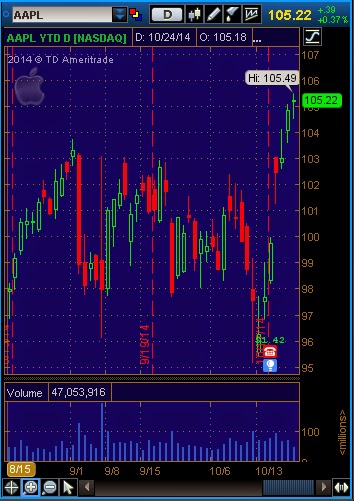 Yet it can be an effective strategy, perhaps more so than others that are much more complicated.

Take AAPL, for example.  In the past two+ months, it has gone from the low 90s to the low 100s to the low 90s and back again to the mid 100s.  Those acquirers who included mid-dated puts (say January 2015 or beyond) in early August were provided with the financial stamina to weather the usual Sept-Oct stock market roller coaster ride, not upchuck the stock, and best of all, stand in with a profit (as of late October).

Something like 75% return on funds at risk.  Derived from +10% or so on AAPL itself.  From a simple strategy that many in options education find too simple to even mention.....